Case Studies > Servo Press Monitoring
Monitoring the electrical characteristics of the input to a servo press is a demanding prospect. Current can change from no load to full load in a fraction of a second. The press can go from absorbing power to generating power in a few cycles. CANDURA’s PQPro™ with PV II™ software is the ideal tool for capturing and analyzing detailed power system information.

In this example a PQPro™ was used to monitor the electrical input to a 5000 ton Servo Press. The Servo Press has a dedicated 4MVA transformer connected to a medium voltage distribution system. It also has built in short term energy storage in the form of capacitor banks.

Figure 3 shows instantaneous voltage and current for a short period of time (less than ¼ second) where the drive goes from motoring to generating and back again.

Figure 3: Phase A Instantaneous Voltage and Current with both motoring and generating operation 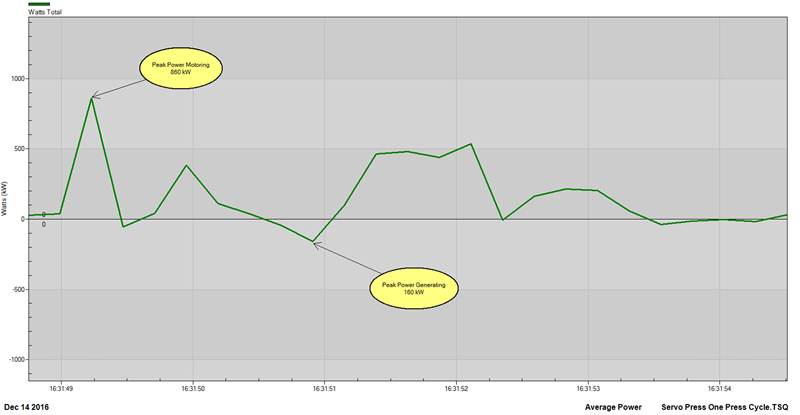 Figure 6 shows the energy used by the drive during the production cycle. The energy is categorized as “Import” (motoring) and “Export” (generating). The Net energy is the difference between Import and Export. 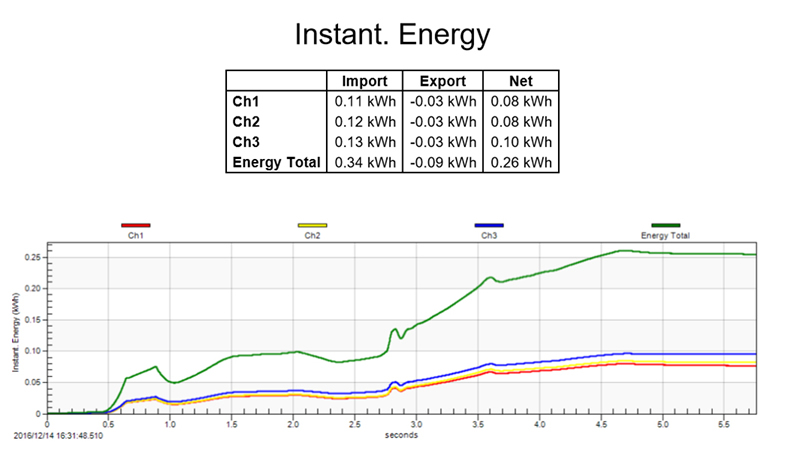 For fast changing dynamic loads the PQPro™ with PV II™ software enables a level of operational insight that is not available from other instruments.